This week we discuss a personal assistant from Samsung, Amazon Alexa on phones and mistakes from Google Home. We also talk about a Legend of Zelda superfan and how he controls his home through an ocarina. We then talk about ARM’s new architecture and discuss two deals ARM did last month to boost support for low power wide area networks. Finally, I now have my SmartThings and Lutron integration working, and it’s awesome!

Have you ever wanted to know what Vint Cerf, a vice president and chief internet evangelist at Google, has in his smart home? Find out in our guest segment, as one of the fathers of the internet comes on the show to discuss the internet of things and the questions we should be asking. We discuss standards, architecture, privacy and more. You’ll enjoy it.

Wow. This week saw a bunch of news about the Amazon Echo. There were rumors of new hardware, the ability to make phone calls and the crazy revelations of the CIA’s hacking ability, which led me to wonder if I want a microphone in my home at all. We also got an update on police seeking Amazon Echo data and news that the Google Home was a bit glitchy for some users. I discussed my HomeKit experience again, while CNET’s Ry Crist, this week’s guest host, introduced us to the HomeKit certified camera.

Then we talked about IBM’s Watson teaming up with Saleforce’s Einstein platform before moving on to Ros Harvey, this week’s guest. Harvey founded The Yield, a data startup focused on farming. She really digs in (ha!) to the challenges of building a business around insights. She focuses on the challenges of making sure data is high-quality and how to negotiate data-sharing deals with big companies and still make money. She’s pretty awesome.

Well, the skies fell this week for the smart home. Or more accurately the cloud was somewhat disconnected thanks to Amazon Web Services stumbling. We discuss what happened and how companies can avoid having similar problems by designing for resiliency. We also talk about several new Alexa skills for locks, routers and phones. We then discuss the hacked teddy bears and a few new devices worth checking out. Plus Kevin gives an update on the June oven and I share my update on the Logitech Harmony.

After all of that, we move to the business world for a deep dive into the new value chain for producers of physical products. Once you add connectivity, data analysis and machine learning, the model changes. I speak with Saar Yoskovitz, CEO of Augury, to find out what happens to the distributers and after market parts venders, and how startups can force their way into the process and steal margin from bigger players. It’s a really insightful conversation about what happens when everything becomes a service.

It’s our 100th podcast, which would be a big deal if Kevin Tofel and I were a TV show hoping for syndication, but in the podcast world it means we’ve been at this for almost two years. YAY! We took a brief stroll down memory lane before digging into the week’s news covering new LTE chips for the IoT from Intel and Qualcomm as well as a report from ARM and The Economist that highlights slow growth in enterprise IoT projects. We talk about a few things to see at Mobile World Congress next week, discuss the Orbi router and also share our thoughts on Somfy motorized shades, female personal assistants and shopping from Google Home.

For our guest this special week, I speak with Jaoa Barros, CEO and founder of Veniam, about what happens when we treat cars and buses as roving nodes on a mesh network. Venian calls this creating the internet of moving things, and it’s a big, awesome idea. We cover everything from the connectivity needs to autonomous cars to how connected transportation makes cities smarter. You’ll like it. 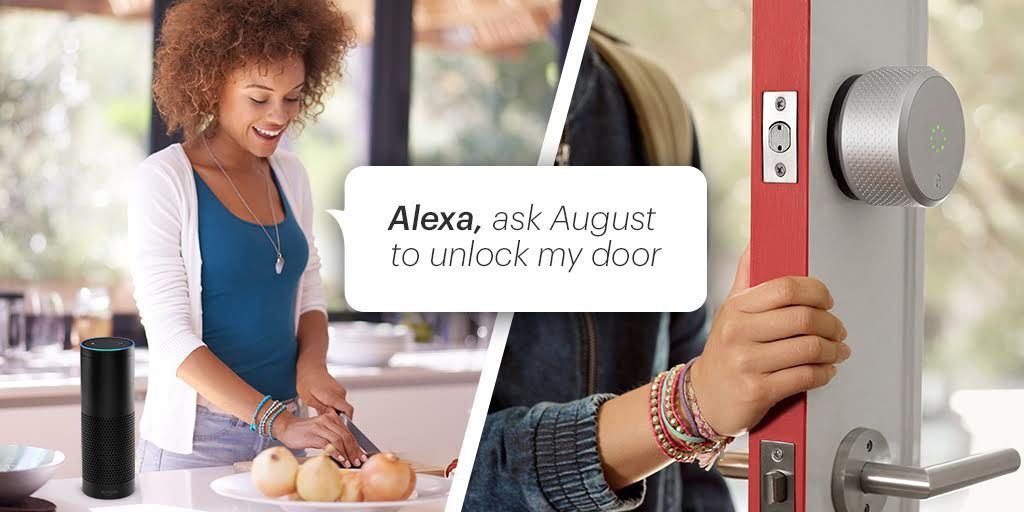 There’s a lot of money in the internet of things. No, not just in your smart home gadgets. The Boston Consulting Group estimates that by 2020 enterprises will be spending €250 billion on the internet of things. We discuss the survey, news of the week, an update on my OpenHab project and answer the question of how one gets started with a smart home. Two cases caught our eye on the privacy and security front, with one dealing with self-incrimination and a pacemaker and the other being the hotel in Austria that dealt with a ransomware attack on its smart lock system.

And for everyone who wants to know about how to get into the smart home as a renter, I brought on Felicite Moorman, the CEO of Stratis to discuss things renters can buy to connect their (temporary) homes. She also laid out the future of smart apartments and explained what tech renters are likely to see from their landlords. There’s something for everyone this week.

Talking to the Amazon Echo just got easier, after Amazon adds “Computer” as a wake word, while I test out the use of Google Home’s new partner WeMo (Honeywell also made a connection with Google Home). Ring managed to raise $109 million this week, and we put that in context with the state of the smart home market. We also put Jawbone’s lack of customer support in similar context. I also started my Apple HomeKit review starting with set up, and pledged to try the latest version of the OpenHAB open source smart home hub software.

In the guest portion of the show, we spoke with Susan Norris who is at PG&E about how connected devices are both a boon and a burden for energy conservation. In addition to fun facts about how solar power is changing the demand for electric power, she shared information on what she wants smart home device companies to think about when trying to work with utilities. It’s a fun show.

Whelp, I’m back from CES with the obligatory cold, thinking over many of the conversations I had and the gadgets I saw. Some of that bubbles up in this show, with talk of Amazon Alexa Voice Services taking a star turn at the event, my thesis that industrial IoT is going to be where the real opportunities are and Kevin and I trying to parse the idea of Fitbit having an app store. We also talked about Carnival’s connected cruise ship concept, and why I believe that is worth keeping an eye on. I also review my GE Z-wave hinge pin sensor and we discuss Comcast’s new Wi-Fi software and gateway.

And for everyone who woke up in 2017 with the plan to make a device, I brought on maker extraordinaire Dr. Lucy Rogers to inspire you. Five years ago Rogers picked up a soldering iron and taught herself how to build connected products. Now she does it for a living. And some of her work involves dinosaurs! Listen up to learn more.

Get the bottom line on the Bluetooth 5 specification with Kevin and I in this week’s podcast. If radios aren’t your thing, then delve into the details of connected lights and new features with Amazon Echo and Google Home. We also talk about GE’s new Alexa concept light. (We think it’s strange-looking). We also cover the end of Pebble, the new Amazon Go store and a new energy monitoring device.

After the news, I chat with Peter Zornio, Chief Strategic Officer at Emerson Process Management. His company has been thinking about the internet of things for almost a decade and Emerson is currently offering new services based on connected sensors. Zornio explains how switching from a product to a service changes the company’s sales cycles, accounting, contracts and more. He also discusses the issue of security and the industrial internet, and how the internet of things “brand” is being damaged by recent attacks.

We recorded last week’s podcast before the election results came out, so this week Kevin and I kick off the show with some thoughts on what Trump means for smart homes and the industrial internet. Then we hit gadgets hard with news about Eero routers getting a big update, the trouble with Google’s troubleshooting and resolution for my Google Home issue. I review the June oven, discuss new security from Z-wave and we answer a reader question on smart bulbs versus smart switches. I also discovered a Wi-Fi leak sensor that’s worth a look.

Then we started in on locks. This week’s guest is Rob Martens, a futurist at Allegion (Schlage). He discusses when a device becomes a service, the challenges of being open and security in both a digital and physical world. He also shares his thoughts on the role of futurists for anyone who is angling for that job. Enjoy the show.