With ride-sharing, electric vehicles and millennials who aren’t super keen on owning a car all converging, the auto industry is in a panic. But Ford, led by both Bill Ford and Ford CEO Mark Fields has created a plan to keep the carmaker relevant, even if fewer people buy cars. With this being said, there will always be people out there who love vehicles like the Ford Maverick and collecting vintage cars. In this week’s show, I chat with Don Butler, executive director, Connected Vehicle and Services at Ford, about moving from making cars to delivering transportation. Butler shares Ford’s thoughts on connecting the car, the integration with the Amazon Echo, and a few things Ford has learned from Tesla. Is this exciting news?! An upgrade at long-last to the Ford! If you want to get yours ordered, you may want to have a look at the car finance options available to you. Of course, getting a car on finance isn’t the best option for everyone. Some people still prefer to buy their cars outright. However, with the prices of newer vehicles, this can be difficult. Although, more people are finding ways around this. For example, some people might look into applying for a Petal credit card to help them build their credit up. Having a reputable credit score can increase an individual’s chances of being able to receive a loan from a bank, allowing them to own their car instead of paying for it monthly.

Before Butler and I get talking, Kevin Tofel and I discuss Intel’s job cuts and internet of things strategy as well as a Zigbee chipmaker’s acquisition. We then talk about the challenge of matching tech components to the long lifespan of some home products. Kevin bought a Pine 64 development board and we talk about what he should do with it, we add a few other updates on devices such as the Philips Hue lights and cover a new deal to bring connectivity to your clothes

This week I was at CES, the huge consumer electronics trade show held in LAs Vegas. Kevin wisely stayed home, but monitored the news. It’s actually easier to do that from 2,000 miles away. There’s more news than we can cover in one show, but we started with the links between Ford and the Amazon Echo and all of the other tie ups with Alexa that were showed off at the event. We then moved to our doubts about the new Wi-Fi standard for the Internet of Things called HaLow and the news that ZigBee and Thread were trying to work a little more closely together and what that means for you.

Finally, we delved into the gadgets and partnership news that caught our eye. Most of it focused on the hot new cameras in odd places, such as inside fridges and outside. But we also spent time discussing IBM’s new partnerships for Watson announced at the show. We’ll come back next week with more insights based on my final days at the show and time spent walking the show floor, but already I think we’re seeing a gradual maturation of the industry. Unfortunately it’s not in the direction we may have wanted in terms of everyone embracing open standards. Interoperability is going to come slowly through custom integrations.

This week we discuss what happens when you’re driving along in your automobile, and suddenly you’re not in control of the wheel, as happened to a Wired reporter. While, he was lucky, Kevin and I discuss the very real threat this can pose and what the industry and lawmakers propose we do about it. A great resource for the topic is I Am the Cavalry, which we have featured on Episode 2 of this podcast discussing the safety challenges of connected vehicles. After discussing the serious topic of connected cars, we move onto the worrisome future facing the Wink come hub as described by Quirky CEO Ben Kaufman at last week’s Brainstorm Tech event in Aspen. 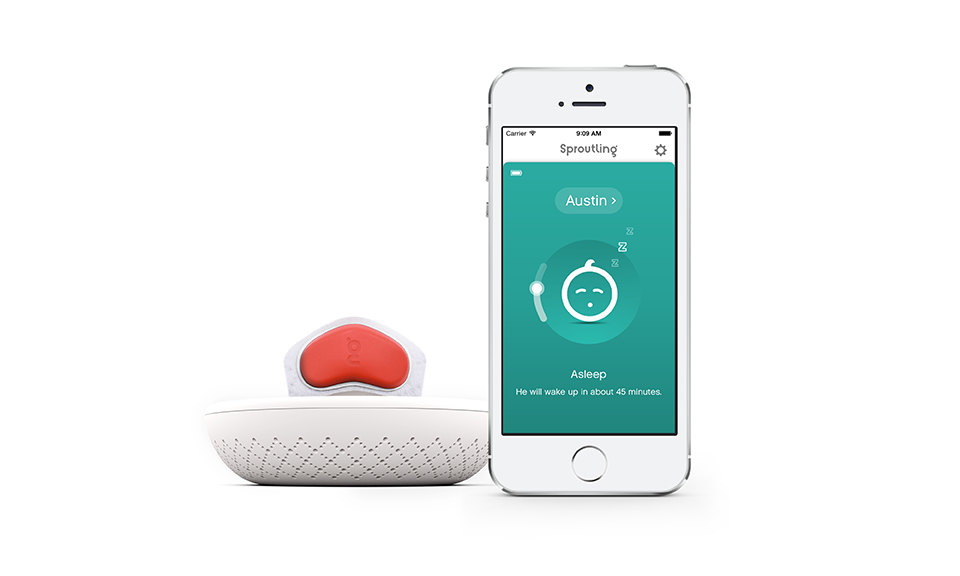 Kevin also spent a bit more than 5 minutes describing his new connected home setup which consists of Sylvania Osram lights, the Wink hub and an Amazon Echo, but we’re calling the Osram Lightify lights our 5-minute review anyhow. Our guest this week is Sproutling CEO Chris Bruce explaining how the crowdfunded hardware startup model is dead.

Hold your books and costume jewelry close because they may not survive the connected device revolution, according to Rob Coneybeer of Shasta Ventures. In a conversation on this week’s podcast he and I had a fun conversation about what devices might disappear, what objects might stay analog and what devices get more intelligent as we embed connectivity and sensors into more things. He expanded on his thinking from an earlier blog post, and we covered a huge range of products, from the future of the kitchen to clothing and building materials.

Coneybeer provided insights not only into what he thought, but how he came to his conclusions, so anyone interested in how to divvy up the world of consumer products should listen to his segment. Before he went on, Kevin and I broke down the week’s news, which included Target’s move into the home automation space, AT&T’s big bet on the connected car and a new product from Honeywell that is straight out of the movies. Check out the video below. I kind of want one in my home. Finally, we cover out 5-minute review of a web site called SmartHomeDB that smart home lovers will want to bookmark.

Fans of the connected home got some exciting news when Amazon showed of its Dash Buttons, a simple, connected button that consumers could press to order a single products from the e-commerce giant. The idea is consumers would pop a Tide button by their washing machine, a Cottonelle button by their toilet and an Oil of Olay or Gillette Fusion button by their medicine cabinet, and as they run low, press the button to order more. It was an idea so simple that it seemed ridiculous and people wondered if it was an April Fool’s prank.

So Kevin Tofel and I discussed the Dash on this week’s show and you won’t believe why Kevin doesn’t like the idea. We also discuss the newly launched Hue Go wireless LED light, which I review ahead of its May or June launch. For $99.95 it’s a splurge, but if you like lights, I think it makes a nice gift. We kicked off the show with me sharing a segment that I recorded with Nightline, the ABC late-night news program. The show came to my home and hired a hacker to film a segment on smart homes and security. You can see the segment below:

The experience prompted me to ask this week’s guest Joshua Corman to come on the podcast to speak about his efforts with an organization called I am the Cavalry, a collective of hackers, researchers and activists trying to build a more secure connected future. We spent a lot of time discussing the group’s framework for connected cars, but it’s a framework that will translate well to other aspects of the internet of things. So get ready to feel very insecure (watch Corman’s TED talk to feel worse) and to learn a bit more about Kevin Tofel’s odd network habits.

Download the MP3 file for this week’s show here

Hosts: Stacey Higginbotham and Kevin Tofel
Guests: Joshua Corman, co-founder at I am the Cavalry